NOK 2.8 billion worth of herring was exported in 2017, a reduction of 9 per cent from 2016. The export volume increased simultaneously by 24 per cent.

- There has been a major decline in price for herring in 2017. This must be seen in light of larger quotas and increased competition for herring globally in combination with Norway's lack of market access to the traditionally most important market for frozen whole herring, namely Russia,” says Paul T. Aandahl, Seafood Analyst at the Norwegian Seafood Council. 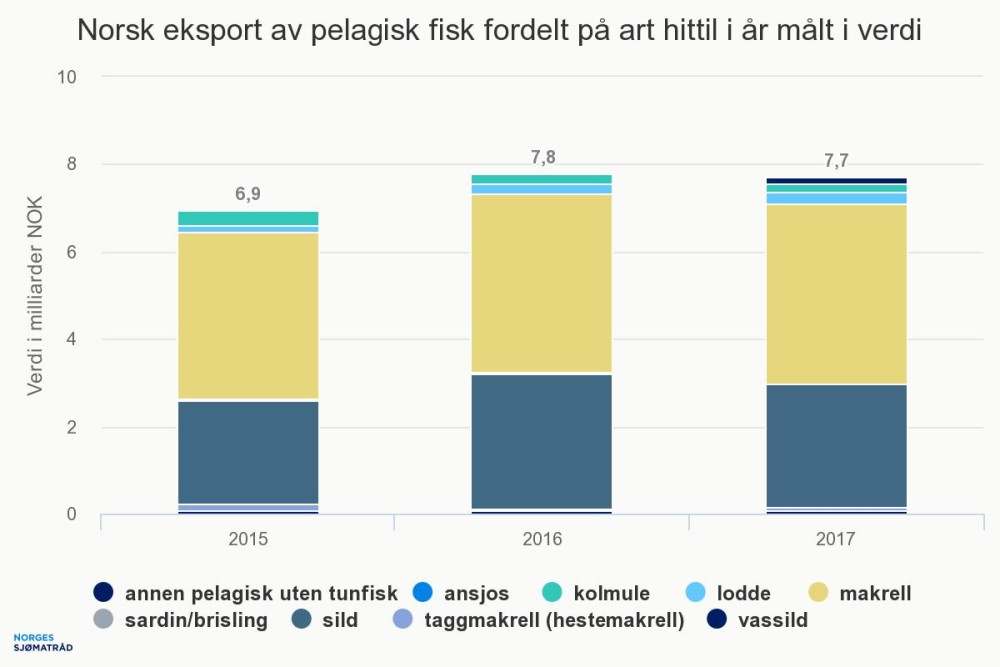 Poland was the largest export market for herring

China was the largest importer of mackerel

Yet another record year for whitefish exports

Reduced exports of shellfish in 2017